It is more likely to become better-known among Catalans as the Annual Winter Festival of Barcelona, but it is very welcome as well to say that the next 10, 11 and 12 February will return to the streets of the city Els Gegants de Barcelona (the giant figures of Barcelona) and the Àliga (eagle), the highest protocolary representative of the city of Barcelona, to celebrate one more year The Festivities of Santa Eulalia.

At the end of September, with temperature and rhythm of summer still, we have Festes de la Mercè, patron saint of Barcelona. The Virgin of Mercy (Mare de Déu de la Mercè in Catalan), celebrates her homage on 24 September. Curiously, in 1980 it was declared Fiesta of National Tourist Interest.

In colder times, the celebration continues with the copatron saint of the city. And back to the winter and to this great expression of the traditional Catalan roots in February, the parades of giants or beasts of the correfoc (“fire-runs” with fireworks), along with the allegoric little giants (gegantons), as diminutives of giants invented by the youngest and mischievous inhabitants of the city.

However, the main protagonist of this winter: Laia, a gigantona with charisma and picked as image of the poster of Fiestas de Santa Eulalia 2017. This figure dressed in clothes dating back to the fourth century represents a girl of thirteen years.

Legend has it that Laia, also known as Olaya, Olalla, Eulària or Eulàlia, was a small Christian devotee who lived on the outskirts of the city of Barcino (Hispania), (nowadays the neighborhood of Sarriá), at the end of the third century. At her age, she was suffering persecution of the Christians of the Emperor Diocletian (AD 284-305). The young girl, as she was terrified of the

persecutors that chased children at the regional area and tired of suffering the weariness and the pain of that episode, escaped from home to present to the governor of Barcino, Do, all recriminations. Before Laia’s attitude, the governor did not hesitate for a moment and proposed to the girl to give up her faith in exchange for forgiving her life. She indignantly refused to apostatize. Before the negative refusal of the young creature the governor of Barcino decided to punish her severely. And as a lesson and example to the rest of Christians, he imposed upon her as many sacrifices as she was years old. Finally and all sacrificies once fulfilled, Laia would be crucified on the cross.

This charismatic figure of festive imagery (and municipal property of Barcelona City Council) shares prominence in the streets for some days with LLum de BCN (Barcelona light). This project is not new, light and lighting in the city of Barcelona are very present at different times of the year such as Christmas, Sant Joan… And for Santa Eulalia, the tradition of popular culture and the innovation of the light festival LUZ BCN are united in the Annual Winter Festival of Barcelona.

And, of course, from Hotel Continental Barcelona and Hotel Continental Palacete we recommend you a thousand times not miss this party! We are leaving below the links for more information on Llum BCN and Festes de Santa Eulàlia 2017. 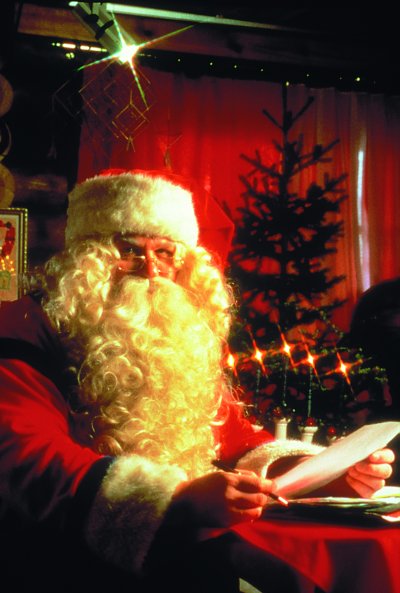 Santa Claus is staying with us!! 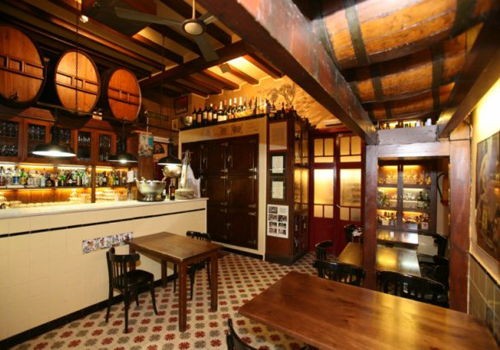