Legend has it that Saint George was a valiant and martyr knight. Because of his chivalrous deeds he became the great hero of Saint George and The Dragon. It was believed by many that the story happened in Cappadocia. But here in Catalonia and for centuries it is believed that it all took place in Montblanch (Tarragona).

What is certain is that today and from 1456 Saint George is the patron saint of Catalonia and every year on 23rd April the whole country becomes a dance of roses and books.

Following with the legend and located in Montblanch, it is said that in this village lived a fierce and terrible monster, with skills either on land and on water. All the region was infected by his such a smelly breath that even made people faint down forever. Livestock and locals lived in fear day after day.

Against this background, it was reached a unanimous decision that everyday there will be one of them, randomly elected, who will sacrifice and be eaten by the Dragon.

With such a daily menu, the Dragon no longer caused terror in the village. Even so, at what price, they all thought.

One day upon them, when many other random innocents had died in the Dragon claws, the fate pointed out the young and beautiful princess of the village.

The king who always complied with his duties tried to persuade his daughter and begged her to leave the country. The princess not only refused that idea, but convinced her father that she was no different to the others and her fate was to be devoured by the beast.

To the surprise of the king and the princess, that morning they were visited by villagers who offered themselves to be eaten by the Dragon in place of the young maiden. This time, it was the severe and unforgiving king who claimed the equality of all before the fate and the princess left the castle towards the cave of the beast. Meanwhile, all the neighbors were poured into the streets and looked from the wall, disconsolate and downcast, the procession of the princess to sacrifice.

When she was walking out the realm of Montblanch, a young knight riding on a white horse and with a golden shining armor appeared in the distance. The princess waved him in an attempt to make him go away, for there was an evil creature sleeping in the nearby. The knight got closer and closer instead. Now, princess and knight were a few meters from eachother. That was when she begged him to ride away because of the monstrous being and explained to him it would be she who would calm its hunger of today.

The handsome gentleman would not listen, he grabbed her arm and said:

– Fear not, beautiful princess. I came to fight the monster, to kill him and free you of sacrifice, as well as Montblanch of the stalking Dragon.

In that moment, the Dragon rushed from its cave, roaring with a sound louder than thunder. Its head was immense and its tail fifty feet long. Great horror for the princess and great honor for the knight, who struck the monster with his spear, decided him to wound it.

That brave knight was Saint George. And the magic happened. The beast fell on the floor crossed by the sharp iron and from its inside the blood spilled to the earth and  born a rose bush blooming in profusion. 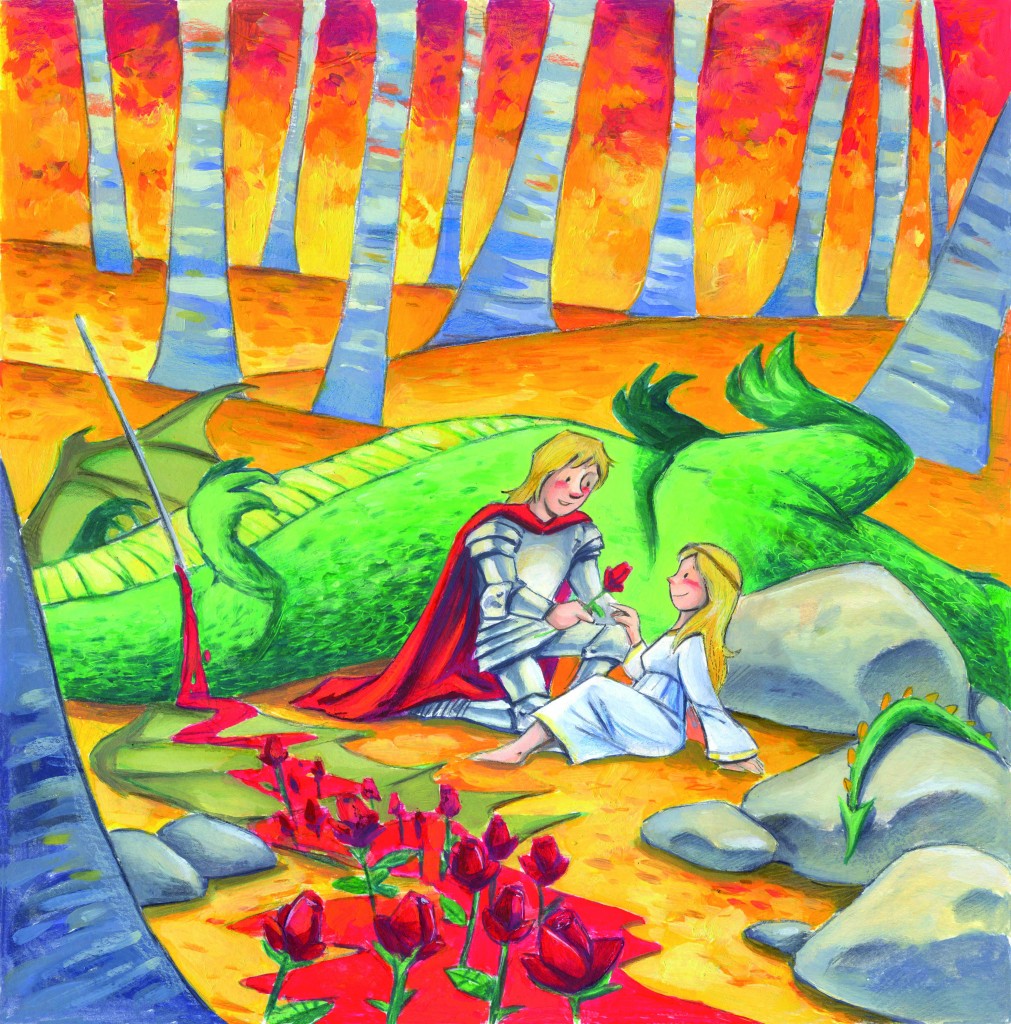 Saint George plucked a rose and handed it to the young and beautiful princess, sealing his love for her and his loyalty to the people and the king of Montblanch.

His was a selfless and courageous gesture that changed the history of the people and gave birth to our legend. In Catalonia, it arose the tradition of men giving a rose to their loved women. Later on, women would give a book to their loved men on 23rd April as a celebration of Cervantes and Shakespeare death.

Saint George, patron saint of Catalonia from the past, became a symbol of Catalonia with the Renaissance, the political and cultural movement that recovered the signs of patriotic identity.

The Venue of Technology and Smartphones: MWC Barcelona 2017 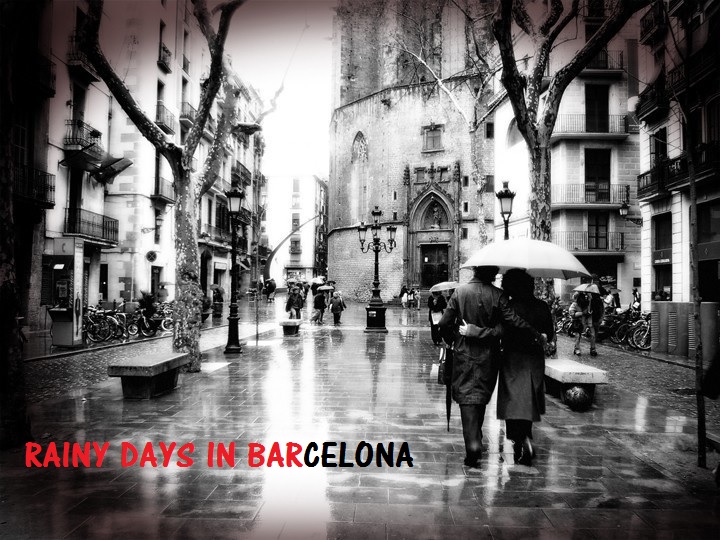 It Rains Plans and More 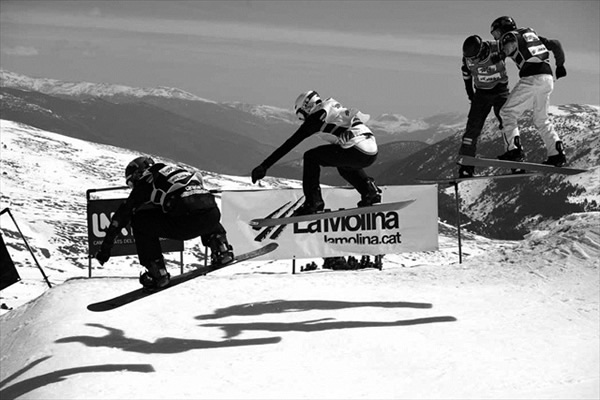