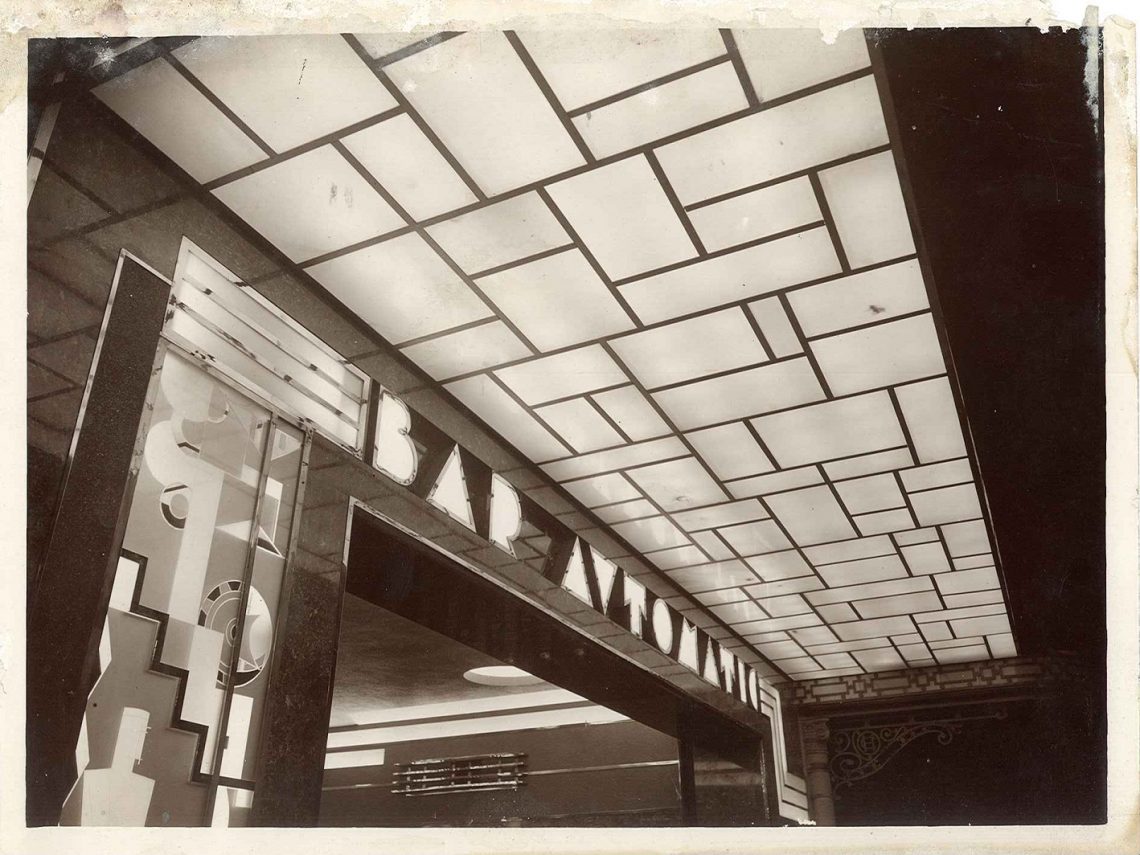 Anyone who has ever wandered the streets of Catalonia’s capital, knows that Barcelona shows off its rich history and art-centric culture with justifiable pride. Wherever you look you sense there’s a story to tell – from the blink-and-you’ll-miss-it Canaletes fountain to the jaw-dropping Sagrada Familia, this is a city that needs more than a weekend break to truly discover. Visitors looking for total historic immersion in the city are well suited to the more than a century of stories behind the doors of the neo-classical Hotel Continental. Here’s a few of our favourite historical curiosities. 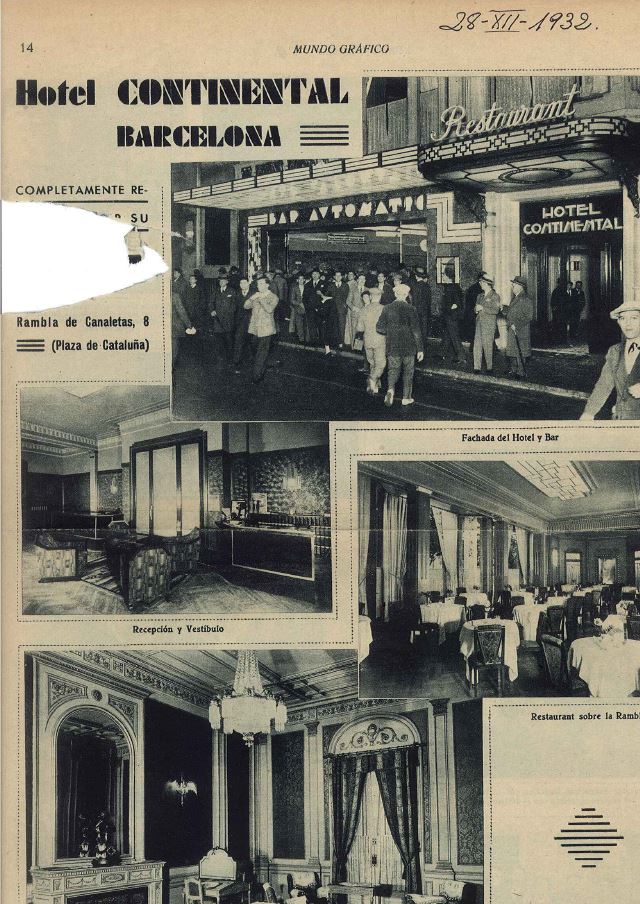 Embracing Change – In 1931 when the Malagarriga Vallet family acquired the hotel from the Albareda family, the hotel changed location and was placed right next door, in the Palace of Marquise of Pallejà.

Later, in 1974, as a result of the severe economic crisis that hit Spain, the hotel was sadly forced to downsize and become a somewhat more modest establishment. Due to much perseverance and hard work though, the Hotel Continental is now expanding in both size and performance.

Literary Famous – Shortly after the hotel was acquired by the Malagarriga Vallet family the Spanish Civil War started and the family were invited to leave the hotel, for it to become headquarters of the local government. These were tough years in the city and the conflict was devastating Barcelona and the country.

During this time the Hotel Continental accommodated war observers only, one of whom was George Orwell, author of the wildly famous Nineteen Eighty-Four, Animal Farm and Down and Out in Paris and London. George Orwell came to Barcelona with his wife to cover the war as a journalist and writer, but decided to join the POUM (a socialist party based in the city) and fight as a republican volunteer on the Aragon front. Unfortunately, in Aragon Orwell was wounded and had to return to the Hotel Continental, where his wife was staying, to recover from its injuries. It was here in 1937 that Orwell wrote his famous novel “Homage to Catalonia”, in which on several occasions he mentions the name of the hotel. During his stay at the hotel, he was visited by the later president of the United States John Fidgerald Kennedy, along with Jawaharlal Nehru, and his daughter Indira Ghandi

Of course, there have been other well-known personalities residing at the hotel, such as the singer Antonio Machin and orchestra conductor Herbert von Karajan, who both stayed at the hotel when they came to perform in the Lyceum Theatre.

Also the most recent clients of the hotel were the historic Fc Barcelona coach Helenio Herrera, known as HH and the film director Ken Loach

Raising The Bar – Along with the Ritz and Hotel Oriente, the Hotel Continental was one of the best and most distinguished hotels from Barcelona. Around 1934, the Hotel Continental had the first Automatic Bar in Les Rambles. The Bar, which was made by the grandfather of the family Malagarriga, consisted of different dispensers that worked with coins made by the hotel – the user had to introduce the coin and then he could directly consume his chosen food or drink. These types of bars were a big trend in the 1930’s, and one of the precedents of the current self-service machines.

Later, in the 50’s, the Hotel Continental was still keeping ahead of the game by becoming the first hotel in Spain with a TV during this time.

Supporting Sporting – Hotel Continental has been part of tradition for FC Barcelona supporters since the very beginning. In times gone by, the Barça board of directors held meetings in Hotel Continental’s venues. Also, in the time of no internet of television, the headquarters of sports newspaper was located right in front of the hotel, where supporters would have to patiently wait for the latest news. 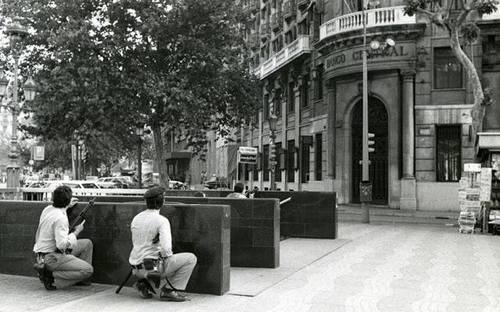 Caught Red Handed – On the 23rd of May 1981 there was a robbery in the Central Bank. The assault lasted for 36 hours, when finally the police acted and everyone was out. The five thieves though, headed to the Hotel Continental asking for help. While in the hotel the receptionist called the police and the five thieves were caught with 300,000 “pesetas” from the robbery recovered at the hotel. 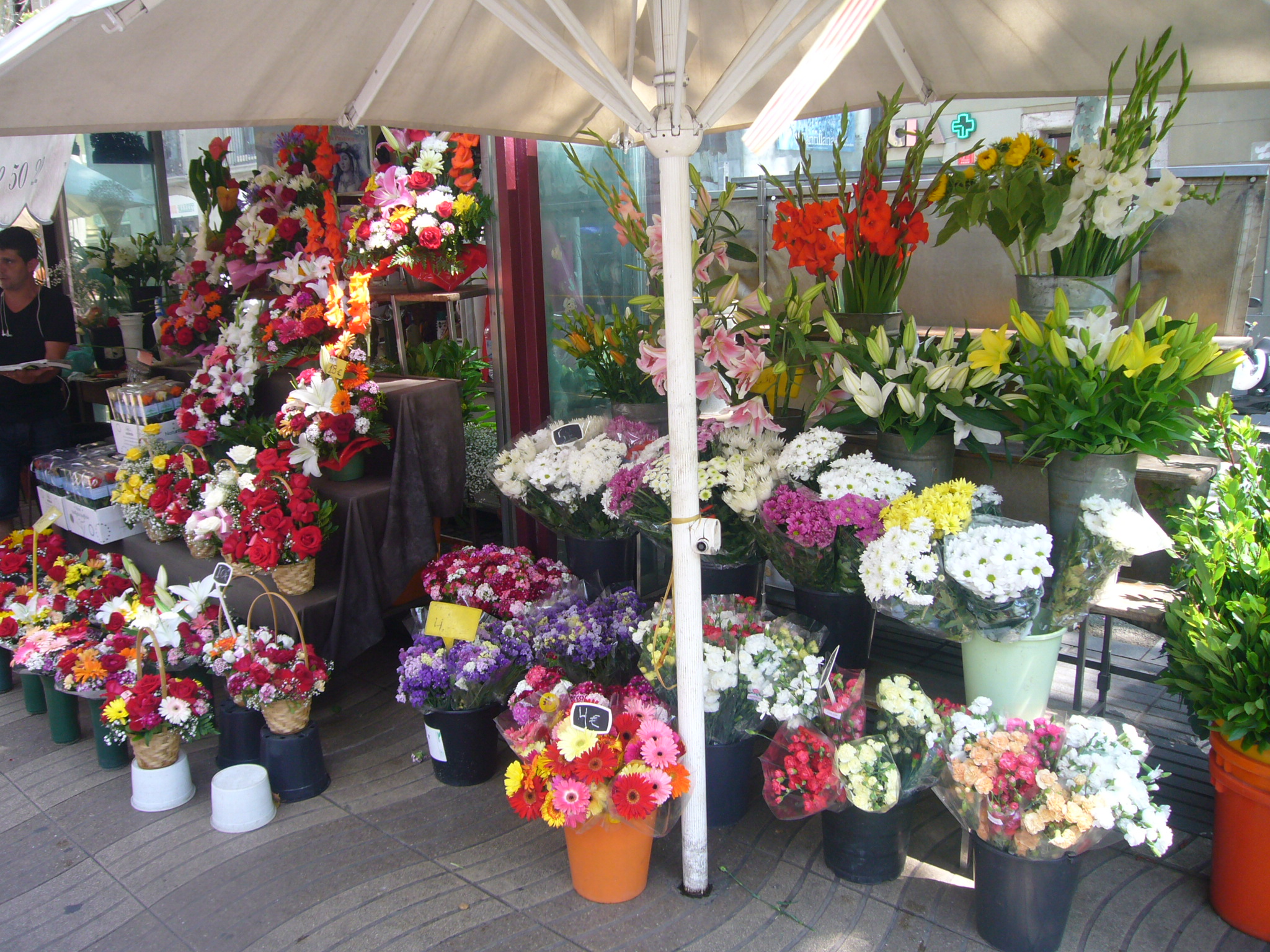 Spring is in Barcelona!

The Volta de Catalunya 2017: Stages and Disruptions to bus services 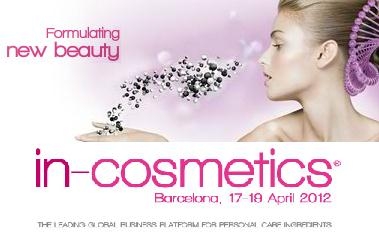