One of the greatest British writers of all time, Eric Arthur Blair spent more than a few days in Barcelona. Better known by his pen name George Orwell the novelist was born in Bengala, British colony, in 1903. 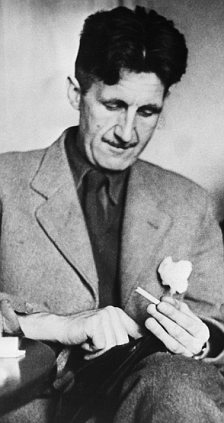 Orwell arrived in Barcelona in 1936 to be sent to the front during the Civil War in Spain.

From those experiences of war, most of the essentials were gathered together in 1938 in “Homage to Catalonia”, a personal account of his involvements and observations in the Spanish Civil War.

Ever since Orwell joined the militia of the Workers’ Party of Marxist Unification (POUM in Spanish), a revolutionary communist party settled in Tarragona Street barracks, he spent a lot of time walking around España square and its surroundings.

He was overly enthusiastic of the heart of Barcelona and the Catalunya square and Les Rambles were described in “Homage to Catalonia” as ‘the wide central artery of the town’.

In some occasion George Orwell and his wife Eileen checked into the left of Les Rambles number 138 -one of our hotels still there- Continental Hotel (now Continental Barcelona Hotel) and they spent long hours in Moka café, placed right next to it.

At the very core of the Gothic Quarter, so close to our Continental Palacete and Continental Barcelona hotels, the Barcelona City Council inaugurated in 1996 the Plaça George Orwell, a square which bears the writers pen name as a tribute for all his contribution and devotion to the Catalan city.

Find out our tour “Barcelona through George Orwell’s eyes“, you will enjoy it! 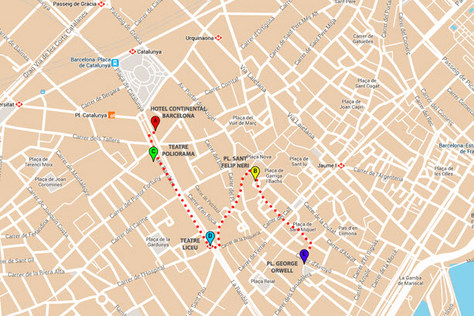 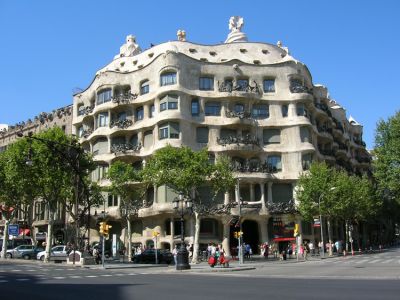 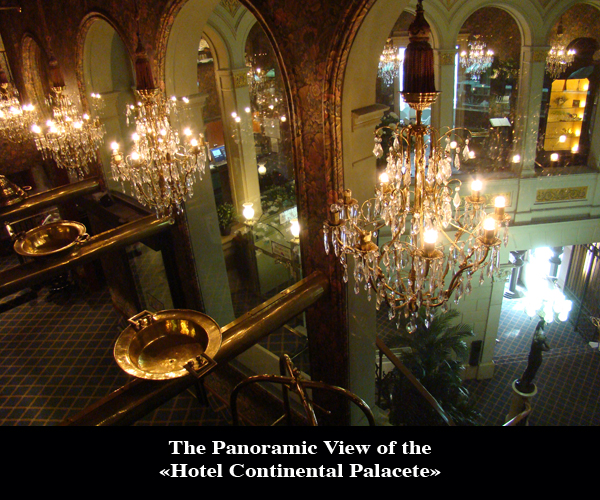 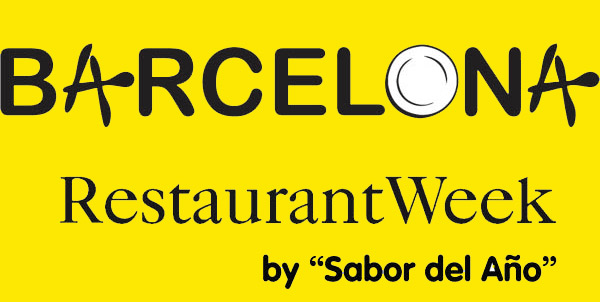